Wall sculptures from the series Reflections take as their point of departure the ever - changing play of light and dark, and reflections of buildings and graffiti on London's Regents Canal. For years now I have photographed reflections on the canal, the movement of the water, the way the surface inverts and distorts images, stuff floating, or drifting just below the surface... There is rich metaphoric potential in the continuity of change that is so evident here in the solidity of the canal as a built structure and waterway through the city that carries the most ephemeral images on its watery surface.

Of the different clays porcelain is perhaps the best suited to suggest movement and flow. Its smooth surface and softness to the touch make it a pleasure to handle and to throw on the wheel. Later during firing, it turns into one of the hardest and most durable ceramic materials. The works are assembled from individual elements that are thrown on the wheel and altered. Open forms are placed on closed shapes in such a way that they move and distort during the firing, thereby integrating the two layers into a dynamic whole. Except for the all white pieces, each sculpture is glazed in order to create a contrast with the unglazed, matt white edges of the porcelain. 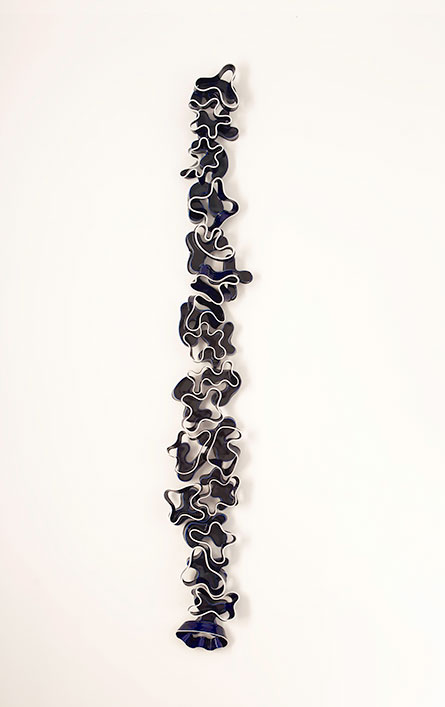 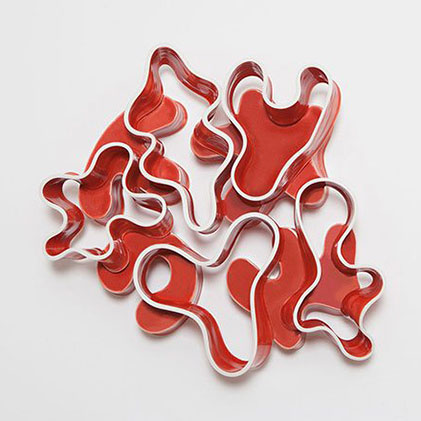 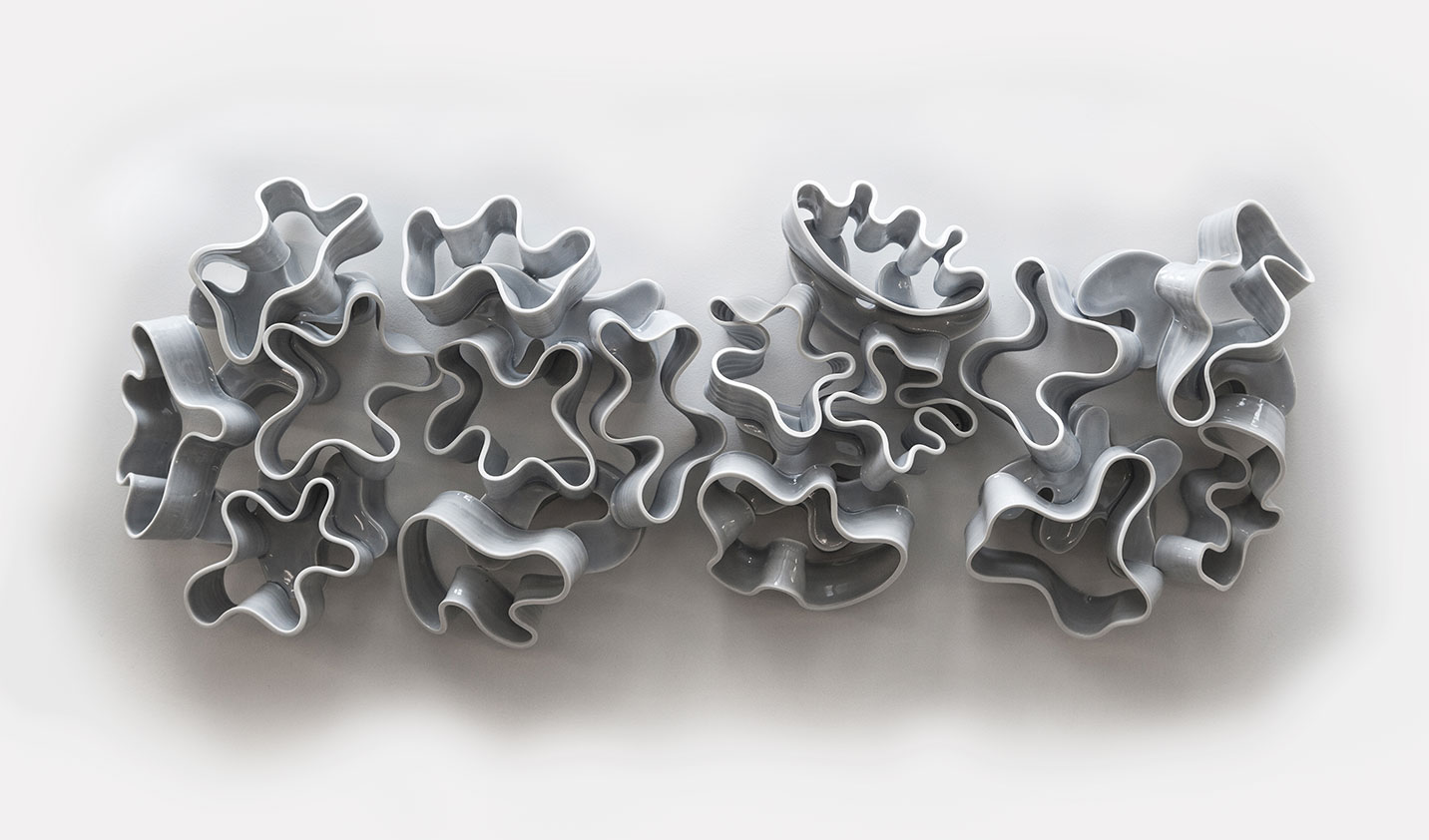 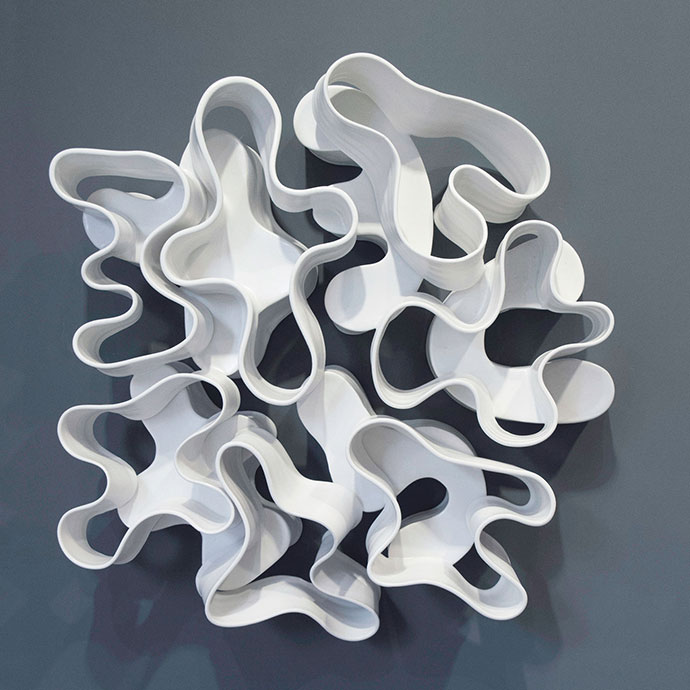